Nussbaum on the Moral Bright Side of Literature

In Poetic Justice, her classic defense of the moral value of the "literary imagination", Martha Nussbaum writes about the children's song "Twinkle, twinkle little star" that:

the fact is that the nursery song itself, like other such songs, nourishes the ascription of humanity, and the prospect of friendship, rather than paranoid sentiments of being persecuted by a hateful being in the sky. It tells the child to regard the star as "like a diamond," not like a missile of destruction, and also not like a machine good only for production and consumption. In this sense, the birth of fancy is non-neutral and does, as Dickens indicates, nourish a generous construction of the seen (p. 39).

Nussbaum also argues that the literary imagination favors the oppressed over the aristocracy:

Whitman calls his poet-judge an "equalizer." What does he mean? Why should the literary imagination be any more connected with equality than with inequality, or with democratic rather than aristocratic ideals?... When we read [the Dickens novel] Hard Times as sympathetic participants, our attention has a special focus. Since the sufferings and anxieties of the characters are among the central bonds between reader and work, our attention is drawn in particular to those characters who suffer and fear. Characters who are not facing any adversity simply do not hook us in as readers (p. 90).

Does listening to nursery rhymes and reading literature cultivate generous and sympathetic friendship, across class and ethic divides, as Nussbaum seems to think it does? Maybe so! But the evidence isn't really in yet. Nursery rhymes can also be dark and unsympathetic -- "Rock-a-Bye Baby", "Jack and Jill" -- and I must say that it seems to me that aristocrats are over-represented in literature, the more common targets of our sympathies, than are the poor. We sympathize with Odysseus, with Hamlet, with the brave knight, with the wealthy characters in Eliot, James, and Fitzgerald, and we tend to overlook the servants around them, except in works intentionally written (as Hard Times was) to turn our eyes toward the working class. True, if these characters had no adversities, they wouldn't engage us; but Hamlet suffers adversity enough to capture sympathy despite ample wealth.

Children's literature (especially pre-Disney) mocks and chuckles and laughs callously at suffering as much as it expresses the ideals of wonder and friendship. Children's literature represents the full moral range of human impulses, for good and bad; it would be surprising if that were not so. The same with movies, novels, television, every medium. And "fancy" -- that is, the metaphorical imagination (p. 38) -- can be quite dark and paranoid (especially at night), and sadistic, and sexual, and vengeful, and narcissistic. Fancy is as morally mixed as those who do the fancying. 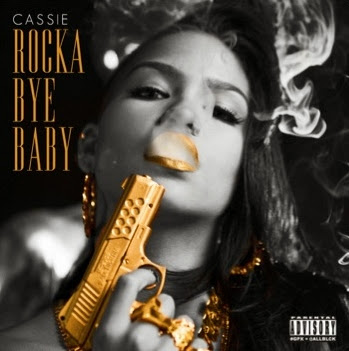 One might even argue, contra Nussbaum, that there is an aristocratic impulse in literature, a default tendency to present as its focal figures people of great social power, since the socially powerful are typically the ones who do the most exciting things on which the future of their worlds depends. The literary eye is drawn to Lincoln and Caesar and their equivalents, more than to the ordinary farmer who never leaves his land. It takes an egalitarian effort to excite the reader equally about the non-great. And although we are sympathetic with focal figures, the death of non-focal figures (e.g., foes in battle) might tend to excite less sympathy in literature than in real life.

Nussbaum has cherry picked her sample. She might be right that, on balance, we are morally improved by a broad consumption of literature. (Or at least by "good" literature? But let's be careful about what we build into "good" here, lest we argue in a circle.) But if so, I don't think the case can be made on the grounds that literature tends, overall, to be anti-aristocratic and broadly sympathetic. Nor do I think there is much direct empirical evidence on this question, such as longitudinal studies comparing the moral behavior and attitudes those extensively exposed to literature to those not so exposed. (Impressionistically, I'd say literature professors don't seem much morally better, for all their exposure, than others of similar education and social background with less exposure; but the study has never been done.)

It's an interesting and important issue, what are the moral effects of reading literature -- but in my mind, wide open.