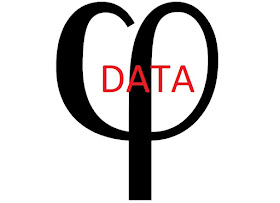 ... hot from the Academic Placement and Data Analysis project, run by Carolyn Dicey Jennings. (I'm on the APDA board of directors.) The APDA tracks the job placements of PhD recipients in philosophy from PhD-granting departments in the English-speaking world plus selected programs elsewhere, with over 200 universities represented. Every few years, the APDA also surveys PhD recipients concerning their satisfaction with their PhD program as well as selected demographic characteristics.

In this post, I'll highlight some of the APDA's demographic results.

The APDA contacted over 10,000 recent PhDs (>90% 2006 and later) for whom email addresses were available, achieving about a 10% response rate, with the majority of respondents having received their degrees from programs in the United States. A 10% response rate naturally raises concerns about non-response bias, though low response rates have become common in opinion surveys in general, and recent research suggests that low response rate might be less of a concern than often feared.

APDA results on race, ethnicity, and gender approximately match results on recent philosophy PhDs from other more complete sources like the National Science Foundation's Survey of Earned Doctorates, for example as reported here. Philosophy remains disproportionately White, with 82% percent of the APDA's U.S. respondents describing themselves as in that racial/ethnic category and no other (85% of all respondents).

As in other surveys, the APDA results show Black respondents to be enormously underrepresented: 2% of U.S. respondents (also 2% overall), compared to 13% of the general population. It will be interesting to see if this remains the case in 10-15 years, since recent data from the Higher Education Research Institute (HERI) (reported here), shows a dramatic recent increase in interest in the philosophy major among Black students entering college.

The APDA results also show the typical gender skew among PhD recipients in philosophy, with 70% of respondents selecting "man" as their gender, 27% selecting "woman", 2% selecting "non-binary", and 1% selecting "other" (these percentages are identical in the U.S. and overall).

The similarity of these numbers to numbers from other sources makes them less novel than other parts of the APDA report, and for that reason I don't recount them in detail here. The similarity also reassuringly suggests that non-response isn't interacting in a worrisome way with these demographic variables.

Gallup finds that 5.6% of U.S. adults identify as LGBTQ. In the HERI database of first-year undergraduates, 92% of students intending to major in philosophy identified as straight and 0.6% identified as transgender.

If the APDA data are accurate and representative, recent philosophy PhDs in the U.S. are much less likely to be straight and non-trans than the general U.S. population or even the population of first-year philosophy majors.

Good data on disability and philosophy are difficult to find, partly because disability is so various and reported rates of disability can differ markedly with the content and context of the question. In 2013, Shelly Tremain presented evidence of the underrepresentation of disabled people in philosophy and systemic biases against them.

Which of the following best describes your disability status, treating disability according to the ADA definition: "a physical or mental impairment that substantially limits one or more major life activity"? Please choose all that apply.

Overall, 67% of participants selected "no known disability" (also 67% among U.S. respondents). Including those with multiple answers:

For comparison, the U.S. Census Bureau estimates that 10% of the non-institutionalized U.S. population aged 18-64 has a disability.

Based on personal experience, anecdotal evidence, and Tremain's and others' work on disability in philosophy, it seems to me unlikely that disabled people are as dramatically overrepresented among philosophy PhD recipients as these numbers might superficially suggest, though certain types of mental health conditions (such as anxiety and depression) might be fairly common. In my view, we remain far from fully understanding the prevalence of disability in academic philosophy, its relation to the prevalence of disability in the wider community, and the disadvantages that disabled philosophers face.

You will be unsurprised to learn that philosophers lean left. This has been well known since at least Neil Gross's work in the late 2000s. In 2008, based on voter registration data from five U.S. states, I also found that among philosophers registered with a political party, 87% were Democrats and 8% were Republicans (the rest with minor parties), compared to 73% and 22% respectively for professors overall. This was, of course, before the "Tea Party" movement and Trump era, which shifted U.S. academia even more against the Republicans.

One percent very conservative! Could this be representative? It might be worth checking out Uwe Peters' interesting discussion of hostility to conservatives in philosophy.

This makes it sounds like philosophers hail from a fairly ordinary sample of families. However, regarding parental education, the story is very different. When asked "What is the highest education level obtained by at least one of your parents/guardians?" 78% reported bachelor's degree or higher (80% of respondents from U.S. institutions), and 56% reported that at least one parent had an advanced degree. Among people born in the United States overall, 36% of the population aged 25 and over have a bachelor's degree.

If take these data at face value, we might conclude that philosophers tend to hail from families of the overeducated and underpaid. Perhaps that's so. Or perhaps respondents are erring toward the low side in reporting the SES of their families of origin.

Lots more interesting data in the full report! Keep an eye out for a publicly available version before too long.

Eric Schwitzgebel at 9:24 AM