Where Have All the Fodors Gone? Or: The Golden Age of Philosophical Naturalism

ETA: This post is drawing plausible criticism on Twitter and Facebook, e.g. I'm a victim of "grad school glow" (see below), it's US-centric, it leaves out influential women, Fodor wasn't really so amazing and will soon be forgotten, this post contributes to a toxic culture of ranking people's fame, etc. I think all of these criticisms are fair, so I advise reading the below with those caveats and concerns in mind. 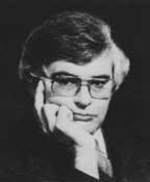 Back in the 1990s, when I was a graduate student, giants strode the Earth! Now, Earth is rather more populated with human-sized people, or so it seems to me. I'm speaking of course of academic philosophy Earth.

What I'm wondering today is whether the apparent difference is an illusion or whether, instead, it reflects some important real difference between philosophy then and now.

While I take the illusion possibility seriously, I conjecture that it's not just illusion. I conjecture that, in retrospect, historians will come to view Anglophone philosophy from the 1960s to 1990s one of the great golden ages.

Elite Departments Then and Now

Consider three of the most elite departments of philosophy in the 1990s. Princeton boasted David Lewis and Saul Kripke, two of the most important figures of late 20th century philosophy, alongside lots of other influential philosophers, such as Sarah Broadie, John Cooper, Harry Frankfurt, Gilbert Harman, and Bas Van Fraassen. Berkeley, where I attended grad school, had Donald Davidson, Hubert Dreyfus, John Searle, and Bernard Williams (part time), to name just the four who were probably best known. Hilary Putnam, John Rawls, and Robert Nozick were at Harvard.

To make this a little more systematic, I compiled an (approximate) list of full professors at these three institutions circa 1996-1997, and then I created a comparison list of full professors from the top three ranked departments in 2021. So as not to clutter up the main post, I include it as an appendix, which you should feel free to examine now.

There are some truly amazing philosophers on the 2021 list! Ned Block, David Chalmers, Frances Kamm, Philip Pettit, Jonathan Schaffer, Ted Sider, and Ernest Sosa, for example. Some of these philosophers will, I suspect, be remembered as historically influential, continuing to draw discussion in a hundred years. I don't mean to cast shade. But -- and I think other professional philosophers will tend to agree with me about this (I'd be interested to hear in the comments if not) -- the 2021 group isn't quite the stature of the 1996 group. Ted Sider and Frances Kamm are genuinely terrific philosophers I admire immensely, but, with apologies, probably not quite as historically important as David Lewis and John Rawls. Or so it seems to me.

But maybe I'm wrong. Let's consider some of the ways I might be wrong.

The Grad School Glow. I suspect the following is a real phenomenon: Philosophers who are presented as important in your undergraduate and graduate education have a certain glow about them that it is extremely difficult for others to match who rise to prominence later. I can't remember a philosophical era before Lewis, Kripke, Davidson, Kuhn, Fodor, Dennett, Rawls, Williams, etc. These philosophers have been permanent fixtures in my understanding of the field, and their work has shaped my engagement with philosophy since the beginning. Likely, this gives them a major edge over later philosophers in my intuitive level of regard.

One supporting consideration: I recall philosophers of that generation sometimes mentioning Quine, Austin, and Ryle with a kind of reverence that they never seemed to have for their peers. But I myself don't experience much of a gap between my intuitive, gut-level regard for Quine versus Lewis or Ryle versus Dennett.

The Mid-Career Illusion. Some of the philosophers on the 2021 list are still fairly young. Perhaps it's not fair to compare, say, Ted Sider now with David Lewis in 1996. By 1996, Lewis had written almost all of his influential work. Sider might still have many important works still to come.

This is a legitimate concern about this exercise. However, we can address the concern by considering only those who are super senior on both lists. My sense is that the difference remains if you exclude from the 1996 list anyone most of whose impact or uptake came after 1996.

Maybe this is true. However, I think balanced consideration suggests that this can't be the full explanation of the apparent difference between 1996 and 2021, even if we can't be quite as systematic in assessing that difference. In 1996, many field-shaping philosophers were not at Princeton, Harvard, or Berkeley, including for starters Kuhn at MIT, Dennett at Tufts, Foot and Parfit at Oxford, Nagel at NYU, Dretske at Stanford, and Fodor at Rutgers.

The Baby Boom Philosophy Bust and the Golden Age of Naturalism

While I accept that there is likely some truth to the illusion hypotheses, I'm more inclined to favor two realist hypotheses.

The Generation Hired to Teach the Boomers. The first hypothesis is demographic. The job market in philosophy in the 1960s and early 1970s was terrific! There was a great wave of hiring in academia in the U.S. during that era. Job placements often happened with just a phone call. There was a huge demand for professors, including philosophy professors, as the baby boomers started going to college and as a university education came to be seen as the standard path into the upper middle class. Universities grew enormously.

So there was a generation of philosophers born in the 1920s through early 1940s who more or less took over academia in the 1960s and 1970s, setting the agenda for mainstream Anglophone philosophy through the rest of the 20th century. They were still active in the 1980s and 1990s when the baby boomers were hitting the job market as assistant professors. Starting around the 1980s, the academic job market became much, much worse. The generation hired to teach the boomers were mid-career, dominating the field, continuing to set the agenda, and continuing to sit on coveted faculty positions. They more or less shaded out the boomers. It was almost demographically inevitable that whatever this generation of philosophers cared about would dominate the field from the late 1960s through the 1990s. The so-called "Silent Generation" was, in philosophy, anything but silent.

In a couple of previous posts, I've called this the Baby Boom Philosophy Bust. This hypothesis is supported both by demographic figures and by some citation analyses I've done of the Stanford Encyclopedia of Philosophy.

If the baby boomers really were shaded out, then we shouldn't expect philosophy to have recovered yet, since it's still mostly boomers who occupy the age of peak philosophical influence, that is, age 55-70.

The Golden Age of Naturalism

However, I suspect a more important historical current also contributed. Philosophy finally got serious about naturalism. Since the time of the Scientific Revolution in the 16th and 17th centuries, there have always been naturalistically inclined philosophers, who see human beings as purely biological organisms not radically different in kind from other biological organisms, who are skeptical of anything religious, spiritual, or immaterial, who want to account for all of human experience through the application of scientific reasoning.

However, it wasn't until the second half of the 20th century that a fully naturalistic approach came to be the dominant view in philosophy. This was probably connected with at least three scientific developments: (1.) the "modern synthesis" in biology, in which evolutionary theory was integrated with genetic theory, (2.) the rise of computers, computational theory, and information theory, and (3.) the immense social prestige accorded to physics with the rise of relativity theory, particle physics, the atomic bomb and nuclear arms race, and the space race. At risk of just throwing every major technological advance into the mix, I might also mention the rise of modern medicine and the automobile.

When naturalism was a minority view, its philosophical proponents had to focus on defending it against other types of approach. Once it became accepted as the default background view, naturalists could put much more energy into arguing among themselves, developing competing versions of it in detail. The great wave of philosophers who started publishing the 1960s really stepped up to this task, perhaps most notably in philosophy of mind, with the great flourishing of materialist approaches to cognition and consciousness.

In other words, the 1960s-1990s set before philosophers a task of immense historical importance: Make good naturalistic sense of the human condition in an academic world newly dominated by a thoroughly naturalistic conception of the universe. By demographic coincidence, there were plenty of philosophers being hired at just the right time to fulfill that task, laying the groundwork and charting out the basic moves. In this sense, I think the era will be remembered as a golden age of unusual historical importance.

In social media discussion, several people have mentioned the scientific naturalism of Quine and the logical empiricists. Here's my broad-sweep conjecture about how the history of naturalism in the 20th century will be seen in retrospect. The scientific naturalism of the 1930s-1950s was an embattled minority view. (That's one reason the materialist conjectures of Smart and Place in the 1950s were able to make such a splash.) And the naturalist positions of this embattled minority tended toward radical extremes such as behaviorism, the complete rejection of metaphysics, and flat-footed non-cognitivism in ethics. It was in the 1960s-1990s that naturalism matured into the background dominant position and philosophers were able to recover various valuable babies who had been cast aside with the bathwater.

To compare, here are the full professors at the top-3 rated philosophy departments in 2021 (from the PGR faculty lists, cutting the assistant and associate profs):