For twenty years, I've been advocating a dispositional account of belief, according to which to believe that P is to match, to an appropriate degree and in appropriate respects, a "dispositional stereotype" characteristic of the belief that P. In other words: All there is to believing that P is being disposed, ceteris paribus (all else equal or normal or right), to act and react, internally and externally, like a stereotypical belief-that-P-er.

Since the beginning, two concerns have continually nagged at me.

One concern is the metaphysical relation between belief and outward behavior. It seems that beliefs cause behavior and are metaphysically independent of behavior. But it's not clear that my dispositional account allows this -- a topic for a future post.

The other concern, my focus today, is this: My account struggles to explain what has gone normatively wrong in many "in-between" cases of belief.

One interesting thing about personality traits is that people are rarely 100% extravert or 100% introvert, rarely 100% high-strung or 100% mellow. Rather, people tend to be between the extremes, extraverted in some respects but not in others, or in some types of contexts but not in others. One feature of my account of belief which I have emphasized from the beginning is that it easily allows for the analogous in-betweenness: We often match only imperfectly, and in some respects, the stereotype of the believer in racial equality, or of the believer in God, or of the believer that the 19th Street Bridge is closed for repairs. ("The Splintered Mind"!)

The worry, then is this: There seems to be nothing at all normatively wrong -- no confusion, no failing -- with being an in-between extravert who has some extraverted dispositions and other introverted ones; while in contrast it does seem that typically something has gone wrong in structurally similar cases of in-between believing. If some days I feel excited about parties and other days I loathe the thought, with no particular excuse or explanation for my different reactions, no problem, I'm just an in-between extravert. In contrast, if some days I am disposed to act and react as if Earth is third planet from the Sun and other days I am disposed to act and react as if it is the fourth, with no excuse or explanation, then something has gone wrong. Being an in-between extravert is typically not irrational; being an in-between believer typically is irrational. Why the difference? 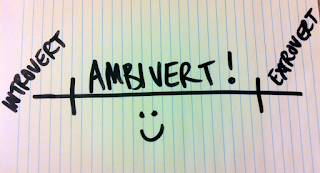 A second, fuller reply might be this: There is a pragmatic or instrumental reason to avoid wild splintering of one's belief dispositions that does not apply to the case of personality traits. It's good (at least instrumentally good, maybe also intrinsically good?) to be a believer of things, roughly, because it's good to keep track of what's going on in one's environment and to act and react in ways that are consonant with that. Per impossibile, if one were faced with the choice of whether or not to be a creature with the capacity to form dispositional structures in response to evidence that stay mostly stable, except under the influence of new evidence, and which guide one's behavior accordingly, vs. being a creature without the capacity to form such evidentially stable dispositional structures, it would be pragmatically wise to choose to be the former. On average, plausibly, one would live longer and attain more of one's goals. So perhaps the extra normative failing in wildly splintering belief dispositions derives from that. An important part of the value of having stable belief-like dispositional sets is to guide behavior in response to evidence. In normatively defective in-between cases, that value isn't realized. And if one explicitly embraces wild in-betweenness in belief, one goes the extra step of thumbing one's nose at such structures, when one could, instead, try to employ them toward one's ends.

Whether these two answers are jointly sufficient to address the concern, I haven't decided.

[Thanks to Sarah Paul and Matthew Lee for discussion.]