How to Tell If You're a Jerk

[excerpted from my new essay in Nautilus] 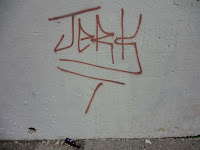 Here’s something you probably didn’t do this morning: Look in the mirror and ask, am I a jerk?

Psychologist Simine Vazire at the University of California, Davis argues that we tend to have good self-knowledge of our own traits when those traits are both evaluatively neutral (in the sense that it’s not especially good or bad to have those traits), and straightforwardly observable.

For example, people tend to know whether they are talkative. It’s more or less okay to be talkative and more or less okay to be quiet, and in any case your degree of talkativeness is pretty much out there for everyone to see. Self-ratings of talkativeness tend to correlate fairly well with peer ratings and objective measures. Creativity, on the other hand, is a much more evaluatively loaded trait—who doesn’t want to think of themselves as creative?—and much less straightforward to assess. In keeping with Vazire’s model, we find poor correlations among self-ratings, peer ratings, and psychologists’ attempts at objective measures of creativity.

The question “am I really, truly a self-important jerk?” is highly evaluatively loaded, so you will be highly motivated to reach a favored answer: “No, of course not!” Being a jerk is also not straightforwardly observable, so you will have plenty of room to reinterpret evidence to suit: “Sure, maybe I was a little grumpy with that cashier, but she deserved it for forgetting to put my double shot in a tall cup.”

Academically intelligent people, by the way, aren’t immune to motivated reasoning. On the contrary, recent research by Dan M. Kahan of Yale University suggests that reflective and educated people might be especially skilled at rationalizing their preexisting beliefs—for example, interpreting complicated evidence about gun control in a manner that fits their political preferences.

I suspect there is a zero correlation between people’s self-opinion about their degree of jerkitude and their true overall degree of jerkitude. Some recalcitrant jerks might recognize that they are so, but others might think themselves quite dandy. Some genuine sweethearts might fully recognize how sweet they are, while others might have far too low an opinion of their own moral character.

There’s another obstacle to jerk self-knowledge, too: We don’t yet have a good understanding of the essence of jerkitude—not yet, at least. There is no official scientific designation that matches the full range of ordinary application of the term “jerk” to the guy who rudely cuts you off in line, the teacher who casually humiliates the students, and the co-worker who turns every staff meeting into a battle.

The scientifically recognized personality categories closest to “jerk” are the “dark triad” of narcissism, Machiavellianism, and psychopathic personality. Narcissists regard themselves as more important than the people around them, which jerks also implicitly or explicitly do. And yet narcissism is not quite jerkitude, since it also involves a desire to be the center of attention, a desire that jerks don’t always have. Machiavellian personalities tend to treat people as tools they can exploit for their own ends, which jerks also do. And yet this too is not quite jerkitude, since Machivellianism involves self-conscious cynicism, while jerks can often be ignorant of their self-serving tendencies. People with psychopathic personalities are selfish and callous, as is the jerk, but they also incline toward impulsive risk-taking, while jerks can be calculating and risk-averse.

Another related concept is the concept of the asshole, as explored recently by the philosopher Aaron James of the University of California, Irvine. On James’s theory, assholes are people who allow themselves to enjoy special advantages over others out of an entrenched sense of entitlement. Although this is closely related to jerkitude, again it’s not quite the same thing. One can be a jerk through arrogant and insulting behavior even if one helps oneself to no special advantages.

Given the many roadblocks standing in the way, what is a potential jerk interested in self-evaluation to do?

Find out what to do by continuing here.

Eric Schwitzgebel at 8:06 AM