Should You Defer to Ethical Experts? 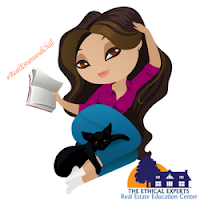 Ernest Sosa gave a lovely and fascinating talk yesterday at UC Riverside on the importance of "firsthand intuitive insight" in philosophy. It has me thinking about the extent to which we ought, or ought not, defer to ethical experts when we are otherwise inclined to disagree with their conclusions.

To illustrate the idea of firsthand intuitive insight, Sosa gives two examples. One concerns mathematics. Consider a student who learns that the Pythagorean theorem is true without learning its proof. This student knows that a^2 + b^2 = c^2 but doesn't have any insight into why it's true. Contrast this student with one who masters the proof and consequently does understand why it's true. The second student, but not the first, has firsthand intuitive insight. Sosa's other example is in ethics. One child bullies another. Her mother, seeing the act and seeing the grief in the face of the other child, tells the bullying child that she should apologize. The child might defer to her mother's ethical judgment, sincerely concluding she really should apologize, but without understanding why what she has done is bad enough to require apology. Alternatively, she might come to genuinely notice the other child's grief and more fully understand how her bullying was inappropriate, and thus gain firsthand intuitive insight into the need for apology. (I worry that firsthand intuitive insight is a bit of a slippery concept, but I don't think I can do more with it here.)

Sosa argues that a central aim of much of philosophy is firsthand intuitive insight of this sort. In the sciences and in history, it's often enough just to know that some fact is true (that helium has two protons, that the Qin Dynasty fell in 206 BCE). On such matters, we happily defer to experts. In philosophy, we're less likely to accept a truth without having our own personal, firsthand intuitive insight. Expert metaphysicians might almost universally agree that barstool-shaped-aggregates but not barstools themselves supervene on collections of particles arranged barstoolwise. Expert ethicists might almost universally agree that a straightforward pleasure-maximizing utilitarian ethics would require radical revision of ordinary moral judgments. But we're not inclined to just take them at their word. We want to understand for ourselves how it is so.

This seems right. And yet, there's a bit of a puzzle in it, if we think that it's important that our ethical opinions be correct. (Yes, I'm assuming that ethics is a domain in which there are correct and incorrect opinions.) What should we do when the majority of philosophical experts think P, but your own (apparent) firsthand intuitive insight suggests not-P? If you care about correctness above all, maybe you should defer to the experts, despite your lack of understanding. But Sosa appears to think, as I suspect many of us do, that often the right course instead is to stand steadfast, continuing to judge according to your own best independent reasoning.

Borrowing an example from Sarah McGrath's work on moral deference, consider the case of vegetarianism. Based on some of my work, I think that probably the majority of professional ethicists in the United States believe that it is normally morally wrong to eat the meat of factory-farmed animals. This might also be true in German-speaking countries. Impressionistically, most of the philosophers I know who have given the issue serious and detailed consideration come to endorse vegetarianism, including two of the most prominent ethicists currently alive, Peter Singer and Christine Korsgaard. Now suppose that you haven't given the matter nearly as much thought as they have, but you have given it some thought. You're inclined still to think that eating meat is okay, and you can maybe mount one or two plausible-seeming defenses of your view. Should you defer to their ethical expertise?

Sosa compares philosophical reasoning with archery. You not only want to hit the target (the truth), you want to do so by the exercise of your own skill (your own intuitive insight), rather than by having an expert guide your hand (deference to experts). I agree that ideally this is so. It's nice when you have have both truth and intuitive insight! But when the aim of hitting the target conflicts with the aim of doing so by your own intuitive insight, your preference should depend on the stakes. If it's an archery contest, you don't want the coach's help: The most important thing is the test of your own skill. But if you're a subsistence hunter who needs dinner, then you probably ought to take any help you can get, if the target looks like it's about to escape. And isn't ethics (outside the classroom, at least) more like subsistence hunting than like an archery contest? What should matter most is whether you actually come to the right moral conclusion about eating meat (or whatever) not whether you get there by your own insight. Excessive emphasis on the individual's need for intuitive insight, at the cost of truth or correctness, risks turning ethics into a kind of sport.

So maybe, then, you should defer to the majority of ethical experts, and conclude that it is normally wrong to eat factory-farmed meat, even if that conclusion doesn't accord with your own best attempts at insight?

While I'm tempted to say this, I simultaneously feel pulled in Sosa's direction -- and perhaps I should defer to his expertise as one of the world's leading epistemologists! There's something I like about non-deference in philosophy, and our prizing of people's standing fast in their own best judgments, even in the teeth of disagreement by better-informed experts. So here are four brief defenses of non-deference. I fear none of them is quite sufficient. But maybe in combination they will take us somewhere?

(2.) Firsthand intuitive insight might be highly intrinsically valuable. I'm a big believer in the intrinsic value of knowledge (including self-knowledge). One of the most amazing and important things about life on Earth is that sometimes we bags of mostly water can stop and reflect on some of the biggest, most puzzling questions that there are. An important component of the intrinsic value of philosophical reflection is the real understanding that comes with firsthand intuitive insight, or seeming insight, or partial insight -- our ability to reach our own philosophical judgments instead of simply deferring to experts. This might be valuable enough to merit some substantial loss of ethical correctness to preserve it.

(3.) The philosophical community might profit from diversity of moral opinion, even if individuals with unusual views are likely to be incorrect. The philosophical community as a whole might, over time, be more likely to converge upon correct ethical views if it fosters diversity of opinion. If we all defer to whoever seems to be most expert, we might reach consensus too fast on a wrong, or at least a narrow and partial, ethical view. Compare Kuhn and Longino on the value of diversity in scientific opinion: Intellectual communities need stubborn defenders of unlikely views, even if those stubborn folks are probably wrong -- since sometimes they have an important piece of the truth that others are missing.

(4.) Proper moral motivation might require acting from one's own insight rather than from moral deference. The bully who apologizes out of deference gives, I think, a less perfect apology than the bully who has firsthand intuitive insight into the need to apologize. Maybe in some cases, being motivated by one's own intuitive insight is so morally important that it's better to do the ethically wrong thing on the basis of your imperfect but non-deferential insight than to do the ethically right thing deferentially.

As I said, none of these defenses of non-deference seems quite enough on its own. Even if the experts might be wrong (Point 1), from a bird's-eye perspective it seems like our best guess should be that they're not. And the considerations in Points 2-4 seem plausibly to be only secondary from the perspective of the person who wants really to have ethically correct views by which to guide her behavior.

Eric Schwitzgebel at 9:58 AM