Question: Why Do Great Philosophers Embrace Such Wacky Views? Answer: The World Itself Is Wacky 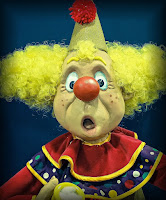 Recently, philosopher Michael Huemer seems intent on irritating philosophers of every stripe. (This isn't necessarily a bad thing.) On Saturday, he took aim at philosophical heroes, arguing that "great philosophers are bad philosophers". He notes that great philosophers tend to confidently defend bizarre conclusions, which he suggests reveals their poor judgment; and often they rely, he says, on arguments so terrible that "even an undergrad" can see the fallacies and non sequiturs. As examples, he offers Socrates's bad arguments against Thrasymachus in Book I of the Republic, Hume's "absurdly skeptical" conclusions in the Treatise and Enquiries, and Kant's willingness to take his thinly defended "categorical imperative" to absurd conclusions, such as not telling a lie even to prevent a murder.

If you don't already know this material, I won't detain you with explanations here -- Huemer's are succinct and readable. I allow that on the face of it, Huemer has a pretty good case. And he's not targeting obscure philosophers or obscure passages. These are some of the most famous parts of some of the most famous works in the Western canon. And the views and arguments are decidedly... well, let's go with wacky. Nor is Huemer especially cherry picking. There's a lot of wacky-seeming stuff in other canonical philosophers too, for example, Leibniz on monads, Nietzsche on eternal recurrence, Descartes on animal (non-)minds, David Lewis on the real existence of possible worlds....

Huemer has an explanation. He suggests that what makes a philosopher "great" is that the philosopher advances intriguing ideas that future generations find worth arguing about. Ordinary, bland truths, convincingly defended, don't really heat up a conversation. When faced with a compelling argument for a reasonable conclusion, people might react with something like, "yeah, that sounds right," and just move on. If in contrast you say, "there is no self" or "you shouldn't even lie to a murderer chasing an innocent person" (and for whatever sociological reason people take you seriously), that can really start up a good debate! Maybe a debate that lasts centuries. Possibly, the only people willing to advance such claims are bad philosophers -- philosophers who lack the good judgment to recognize the absurdity of their conclusions and who lack the critical chops to recognize that their supporting arguments are rotten. Hence, great philosophers are bad philosophers. QED!

Is Huemer's argument a good one? Or is it, perhaps instead, a great one (in the strict Huemerian sense of "great")?

I am probably a good target audience for Huemer's argument: Regular readers will know that I am quite happy to attribute plain old bad argumentation to some of the great historical philosophers, including Kant and Laozi, in accordance with my rejection of excessive charity in reading history of philosophy. Although I like Hume and Plato and (some parts of) Kant, I'm not bothered by Huemer's suggestion and I rather enjoy the idea that the great philosophers are fallible boneheads just like the rest of us.

However, I have one observation about a piece of the story that Huemer's hypothesis leaves unexplained, and I have a competing explanation to offer instead.

Here's what Huemer leaves unexplained: The lack of "good" philosophers in the historical record.

If Huemer's hypothesis were correct, you'd think that among the contemporaries of Plato, Hume, and Kant would be good philosophers who defend sensible views on solid grounds. These philosophers might not get as much attention as the provocative philosophers, but it would be odd if historical records of them entirely disappeared. But there are no philosophers -- or at least (as I'll explain below) no ambitious metaphysicians -- who appear to meet Huemer's standard of being a "good" philosopher.

Huemer suggests that Aristotle might be somewhat better than the trio he highlights, even if not entirely good. On Facebook, some others suggested maybe Thomas Reid might be a good philosopher who was a contemporary of Hume and Kant. But I don't think Aristotle or Reid are probably good by Huemer's standards. Some of Aristotle's and Reid's views are quite strange, and their arguments for those strange views aren't reliably sensible. For example, Reid, despite his reputation as a "common sense" philosopher, argues that material objects have no causal power and can't even hold together into consistent shapes, without the constant intervention of immaterial souls (an opinion he acknowledges is contrary to the views of the "vulgar"). I have argued that there are some metaphysical issues -- particularly the issue of the relation between mind and body -- where not a single philosopher in the whole history of Earth has been able to articulate a fleshed-out positive theory that isn't both highly dubious and in some respects radically contrary both to our current common sense and to the common sense of their own historical era. (I am still willing to entertain possible counterexamples, if you have some to suggest.)

Why is this? Why are philosophical theories about the metaphysics of mind (and, I'd suggest, at least also personal identity, causation, and object individuation) all so bizarre and dubious? Here's my hypothesis: The world is bizarre and (for the foreseeable future) philosophically intractable. This is my competing explanation of the bizarre and dubious claims that Huemer has noted often occupy center stage in the history of philosophy.

The world is bizarre in the following sense: Some things that are true of it are radically contrary to common sense. In physics, consider quantum mechanics and relativity theory. And in philosophy, the bizarreness is epistemically intractable, for the foreseeable future, for the following pair of reasons: (1.) Our common sense about fundamental issues of metaphysics is probably inconsistent at root, and if so, no self-consistent well-developed metaphysics could possibly adhere to all of it. (This explains the inevitable bizarreness.) And (2.) In the domains under discussion, empirical methods are indecisive, and we need to rely on this flawed, inconsistent common sense to a substantial degree. This generates intractable debates where the violations of common sense of one theory become the commonsensical starting presuppositions of competitor theories, which then bring radical violations of common sense of their own. No theory decisively meets all reasonable criteria of excellence. (This explains the inevitable dubiety.)

Great philosophers are undaunted! Amid the competing bizarrenesses, they find some to favor. (The epistemic landscape isn't totally flat: There still are considerations pro and con and better and worse ideas.) They defend their favored views as best they can -- of course indecisively, given the bad epistemic situation of ambitious metaphysical philosophy.

How about arguments we now think of as "good" arguments for sensible conclusions? Either (a.) they are unambitious, rather than going after the really huge, intractable issues (especially in fundamental metaphysics), or (b.) they are flawed for reasons that remain mostly invisible to their proponents (i.e., probably you. Sorry!), or (3.) they are forms of skepticism about the enterprise.

This metaphilosophy is probably at its most plausible when applied to fundamental issues of metaphysics. The best examples of totally weird views and arguments tend to be in metaphysics. Maybe other subfields work differently? (I do think, however, that ethics might soon face a cognitive and methodological crisis, when confronted with a range of Artificial Intelligence cases for which it is conceptually unprepared.)

Great philosophers embrace bizarre views because our ordinary commonsense understanding of the world is so radically deficient that no non-bizarre view is defensible or even, once one tries to specify the details, coherently articulatable. Great philosophers confront this bizarreness, defending their best guess with the indecisive argumentative tools they have, pushing us forward into the weird unknown.