Gender and Sexual Orientation of First-Year Philosophy Students in the U.S. 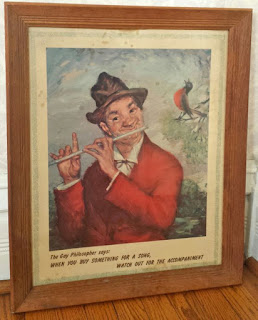 With funding from the American Philosophical Association (thanks, APA!), we obtained access to data from the Higher Education Research Institute's "Freshman Survey", which aims to construct a representative sample of first-year students in four-year colleges and universities in the U.S. We will be analyzing these data with an eye toward looking at demographic trends in the philosophy major over time.

The most recent year to which we currently have access is 2016, and already there are lots of interesting facts that we are eager to report! For today's analysis, we'll be merging the 2015 and 2016 data to give a bigger sample. Respondents were 171,300 first-year students from 253 colleges in 2016 and 202,033 first-year students from 311 colleges in 2015 (almost all from four-year colleges).

Among these 373,333 students, 0.36% (1132/315158 students, excluding undecided and unanswered) expressed an intention to major in Philosophy. This compares with Philosophy being either the first or second major of 0.39% of students receiving graduate degrees in the most recent available year (2018) in the NCES IPEDS database.[Note 1]

Two gender identity questions are included in the survey:

Although men were more likely than women to express an intention to major in philosophy, the ratio was closer to parity than we see among graduates in philosophy: 43% (485/1132) of intended philosophy majors were women (1%, or 7 total, declined to state), compared to 58% of first-year students overall.

Since the latest data from NCES show that among Bachelor's degree recipients, 36% are women, the HERI data are consistent with the "leaky pipeline" hypothesis about women in philosophy. (The leaky pipeline hypothesis holds that over the course of their education, women are more likely than men to leave philosophy.) We plan a more careful time course analysis of these data in the near future, with a close eye on potential non-response bias in the HERI dataset.[Note 2]

Students were asked their sexual orientation as follows:

What is your sexual orientation? Heterosexual/Straight Gay Lesbian Bisexual Queer Other

Overall, across all majors, 92% identified as straight, 4% as bisexual, 2% as other, and the remaining groups 1% each. Philosophy majors were more likely to report non-heterosexual sexual orientation: 88% straight, 6% bisexual, 3% other, 2% gay, 1% queer, and < 1% lesbian. (p < .001, comparing the proportion straight). Although nonresponse was again an issue, with 10% of philosophy majors not responding and 8% of students overall not responding, the proportions, absolute numbers, and effect sizes are large enough to permit some confidence in the conclusion. Students intending to major in philosophy are more likely to identify as non-heterosexual than are students in other majors.[Note 3]

Perhaps this in unsurprising. However, we have not previously seen good systematic data on the sexual orientation of philosophy majors. (Please let us know if we've missed something!) In previous work, Schwitzgebel noted the possible disproportionate representation of non-heterosexual philosophers among the most-cited authors in the Stanford Encyclopedia of Philosophy.

Unsurprisingly, philosophy isn't the queerest of all disciplines. Among disciplines with at least 1000 respondents, that was theater (23% non-heterosexual). If we include smaller disciplines, it was women's studies / gender studies (42% non-heterosexual). Most of the arts, humanities, and social sciences had at least as high a proportion of non-heterosexual majors (among disciplines with at least 1000 intended majors responding, art, English, foreign language, media studies, music, theater, environmental science, music/art education, anthropology, psychology, sociology, and social work were all at least 12% non-straight). The least queer discipline? Finance, 98% identifying as straight.

Note 1: One complication in these data is that respondents are disproportionately drawn from higher-status universities and from Catholic and private universities, and women are more likely to respond. To compensate for this, HERI stratifies universities by status (high, medium, low), by university type (private university, public university, public college, private nonsectarian college, Catholic college, other sectarian college, and historically black), by gender (man, woman), and by race/ethnicity, then assigns each respondent a "weight", with higher weights for respondents from lower response-rate groups (e.g., men from lower status public non-sectarian colleges) and lower weights for respondents from higher response-rate groups. Respondents from two-year colleges and from institutions with response rates much below 65% are given zero weight. HERI's own "norms" and population estimates are based on these weights. Above, I report raw numbers rather than weighted numbers. For these analyses, the weighting does make a bit of a difference. For example, the unweighted percentage of philosophy majors is 0.36% and the weighted percentage is 0.32%. Other weighted calculations will be reported in subsequent notes.

Note 3: Using HERI's weighting procedure [note 1], 11% of first-year philosophy majors do not identify as heterosexual, vs 8% from all other majors combined.