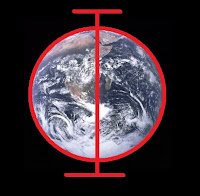 In philosophy, as in the sciences, English is the globally dominant language for scholarly communication.  For those of us whose native language is English, this is extremely convenient!  We can write our scholarly work in the language we're most comfortable with, and many feel that learning a foreign language is only necessary if you're interested in history of philosophy.

This historical trend has also been good for the "analytic" / Anglo-American tradition in philosophy.  The culturally specific tradition of philosophy as practiced in leading British and U.S. universities in the early 20th century grew seamlessly into the increasingly globalized tradition of philosophical scholarship conducted in English.  Ordinary philosophers working in English can easily see themselves as rooted in the analytic / Anglo-American tradition, tracing back the threads of one English-language book or journal article to another to another.  We are more rooted in the English-language tradition of that period than we would otherwise be, and no barrier of translation prevents easily reaching back to second-tier works and figures in that tradition or doing close readings of the major figures in their original language.

Despite the increasing globalization of the academic community, in some ways, mainstream Anglophone philosophy tends to be remarkably insular.  For example, in a recent study, Linus Ta-Lun Huang, Andrew Higgins, Ivan Gonzalez-Cabrera, and I found the following:

If we are headed into a future in which the philosophical conversation, though conducted in English, is truly global, we must strive to be less insular.

There's a backwards-looking component to de-insulating (= exposing?) Anglophone philosophy, which involves familiarizing ourselves with work in other linguistic traditions, seeing the value of that work and its connections to issues of current philosophical interest.

There's also a forward-looking component, which is to make philosophy more truly global in its sites and practitioners.  Central to doing so is removing needless barriers that non-native speakers face when working in English.  As Filippo Contesi, Enrico Terrone, and others have argued, the systemic disadvantages non-native English speakers face constitute a form of "linguistic injustice".  This injustice is bad not only for those who are put at disadvantage but also for the field as a whole, since it involves discouraging and excluding people who would otherwise make valuable contributions.  This is especially true for non-native English speakers who reside in non-majority Anglophone countries.

Thus, I fully endorse the principles set forward by Contesi and Terrone in the following open letter:

We acknowledge that English is the common vehicular language of much contemporary philosophy, especially in the tradition of so-called “analytic” or “Anglo-American” philosophy. This tradition is in large part based on the idea that philosophy should adopt, as far as is appropriate, the shared and universalistic standards of science. Accordingly, the analytic tradition has now spread worldwide, far beyond the countries where English is the majority native language* (which constitute only about 6% of the world’s population). However, this poses a problem since non-native English speakers, who have not had the chance to perfect their knowledge of the language, are at a structural disadvantage. This disadvantage has not yet been sufficiently addressed. For instance, the most prestigious journals in the analytic tradition still have very few non-native English speakers on their editorial boards, have no explicit special policies for submissions from non-native English speakers, and continue to place a high emphasis on linguistic appearances in submitted papers (e.g. requiring near-perfect English, involving skim-based assessment etc.). (See Contesi & Terrone (eds), “Linguistic Justice and Analytic Philosophy”, Philosophical Papers 47, 2018.)

To address the structural inequality between native and non-native speakers, and to provide as many scholars as possible globally a fair chance to contribute to the development of contemporary philosophy, we call on all philosophers to endorse, promote and apply the following principles:

The full letter and its signatories can be found here: https://contesi.wordpress.com/bp/

To add your signature to the manifesto, email contesi@ub.edu.

Eric Schwitzgebel at 8:54 AM