Does the Heart Revolt at Evil? The Lynching of Rubin Stacey

I'm thinking about evil and human nature again. I'd like to think that everyone has some part of them that is revolted by the grossest acts of evil.

On July 16, 1935, a Black man appeared at the doorstep of Marion Jones, a thirty-year-old mother of three in Fort Lauderdale, Florida, asking for water. Accounts differ about what happened next. On some accounts, Jones screamed upon seeing the man’s face. On other accounts, the man cut Jones with a penknife and she fought him off (in one picture, Jones has a bandaged hand). Either way, the man soon fled. Rumors spread that the man had attempted to rape Jones. Fort Lauderdale citizens were in a "lynching mood" and a manhunt began.

Three days later and twenty-five miles away, a motorist informed the police that he had seen a Black man -- Rubin Stacey, an agricultural laborer -- ducking into some bushes. When deputies approached, Stacey attempted to flee. After apprehending him, instead of putting Stacey in a lineup according to standard eyewitness identification procedure, the deputies drove him to Jones' house. Jones claimed Stacey had assaulted her and both she and the deputies were given a $25 identification reward ($475 in today’s dollars). Stacey denied involvement.

As Stacey was being driven to jail, a mob seized him and, using Jones' clothesline, hung him from a tree near Jones' home. A gun was passed around and spectators were invited to take shots at Stacey, who might or might not have already been dead from hanging. Many of the shots missed, but 17 shots hit. White newspaper coverage accepted the deputies' claim that they had involuntarily released Stacey to the mob after being run off the road. However, doubts about the story were raised in 1988 when one participant in the lynching revealed that the mob had been led by the sheriff's brother, who was himself a deputy and who later became notorious for killing Black detainees for minor acts of disrespect.

Stacey's corpse hung for hours while thousands of White Floridians came to view it and celebrate. They brought their families, posed for photos with Stacey's corpse, and cut off pieces of his clothing to keep as souvenirs. One famous photo shows four young White girls in casual summer dresses gazing at the corpse from only a few feet away, with men – presumably their fathers – standing behind them. One of the girls appears to be positively beaming with delight.

Here's an edited version of the famous photo, with Stacey's corpse edited out. I've left it big, so that you can zoom on the spectators' faces. 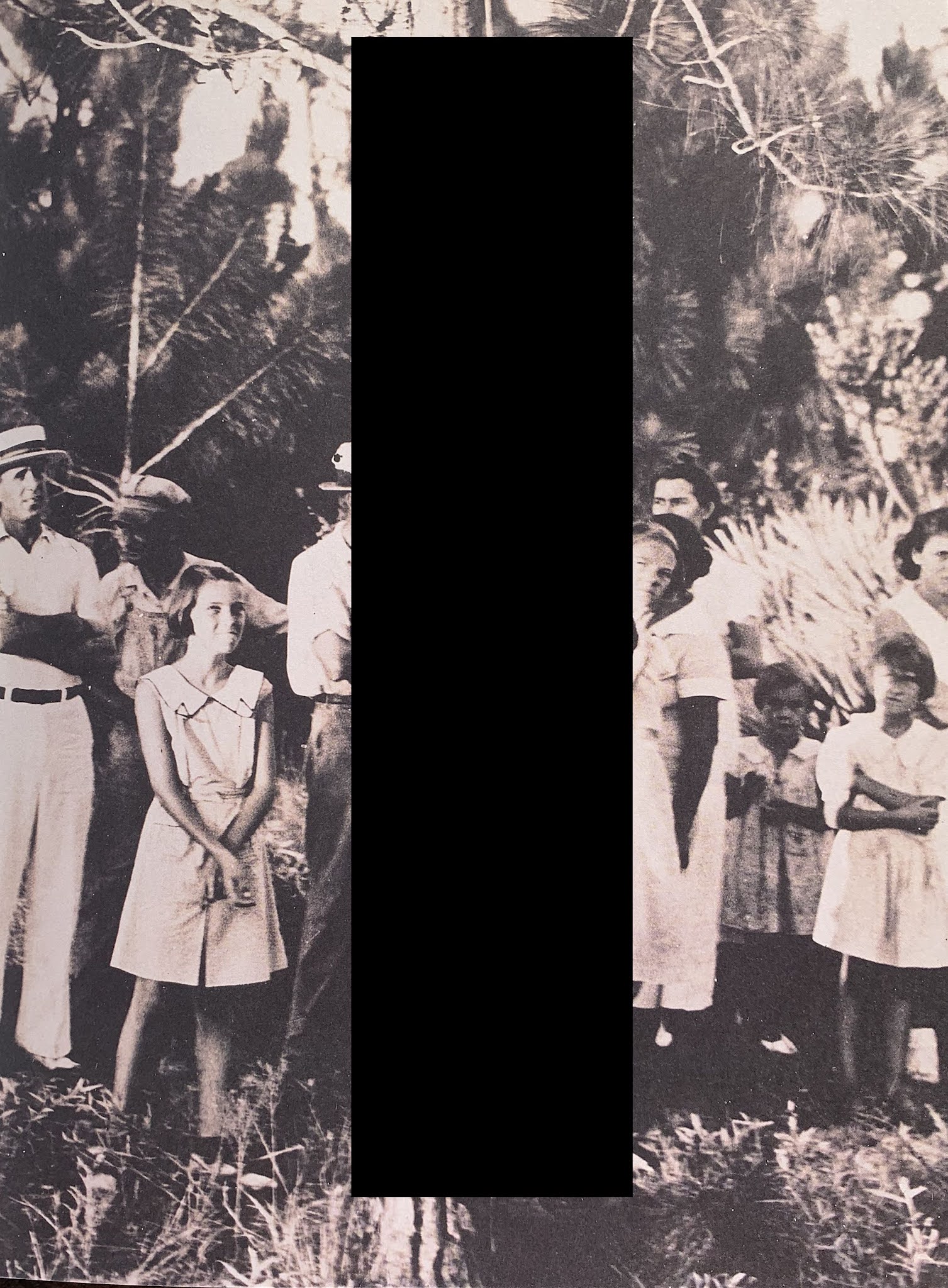 Stacey's lynching was typical of the era, which saw dozens or hundreds of lynchings every year. Only about one-third of victims were even accused of capital crimes, and some were accused of no crime at all, but instead were associates of the accused or were "troublemakers" who complained about racial oppression. Rarely was any serious attempt made to accurately identify the accused. In perhaps the majority of cases, the accused was already held by police, thus posing no immediate threat and likely to face a criminal justice system already biased against them. Spectators often arrived from miles around, sometimes renting excursion trains and bringing picnics. As mementos, they collected pieces of the victim’s clothes, or even pieces of the victim’s body.

White men took turns shooting, torturing, or abusing the living victim or the corpse, often bringing women and children with them. Lynch mobs posed politely for photos, which were often printed on postcards that quickly sold for a dollar or so. In 2003, James Allen and colleagues published a collection of these postcards along with historical details, including the photo of Stacey’s corpse with the smiling girl. In picture after picture, you can see the proud White faces of the murderers, standing near shot, charred, tortured, whipped, skinned, and/or castrated corpses, apparently happy to have their deeds memorialized, printed, and shared via postcard around the country, with handwritten comments on the back like "this is the barbeque we had last night".[1]

I want to travel back in time. I want to sit down, not with the worst lyncher -- not with the murderous, mob-leading deputy – but with just an ordinary member of the mob. I want to find a quiet space and think through the case with them. Does Rubin Stacey really deserve to die, right now, in this way, with no trial and no assurance of guilt, based on a rumor, for an act which is not even a capital offense? Do you really want to hang him from a tree with a clothesline and pass around a gun taking shots at him? Is there really no part of you that knows this is wrong and screams against it?

When I imagine sitting with the perpetrators like this, I find myself pulled toward the view that something in them could understand the repulsive evil of the act. I can't help but feel that most ordinary people, if they paused in this way to think through the situation consider how they ought to feel, would be able to see past the horrible bigotry of their culture. They could feel the pull of sympathy and humanity, and come to feel appropriate moral revulsion. I imagine, and I hope, and I believe, that they could, without too much work, find their moral compass.

But I confess that this opinion is more a matter of faith than a conclusion rationally compelled by the historical evidence.