In “Where No Man Has Gone Before,” the first episode of Star Trek: The Original Series, Captain Kirk pulls out his communicator to hail the Enterprise.[1] At the time this episode aired in September of 1966, this kind of communication device probably struck most viewers as pure fantasy. But, according to a story told in the 2005 documentary, How William Shatner Changed the World, Star Trek’s depiction of the communicator helped turn the fantasy into a reality. Inspired by Star Trek, inventor Martin Cooper worked with a team of engineers to create a genuinely portable phone. The DynaTAC, which made its public debut at a press conference in 1973, was 9 inches tall, weighed 2.5 pounds, and had a battery life that allowed for 35 minutes of talk time. 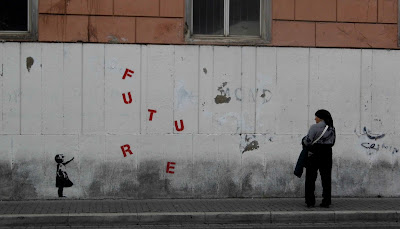 Cooper has subsequently recanted the story about having been influenced in this way by Star Trek. In a 2015 interview, he claims that the real inspiration for his communication device came many years earlier from the two-way radio wristwatch worn by Dick Tracy in the eponymous comic strip. Whichever of these works was the inspiration, however, this technological development provides a testament to the power of science fiction to change the world.

And this is not the only such testament. Numerous articles suggest various other instances where technology imagined by science fiction authors led to the actual development of such technology. To mention just one illustrative example, an article on Space.com details eleven ideas “that went from science fiction to reality.” In some of these cases, the causal link is undoubtedly exaggerated, but in others, it seems considerably more plausible. Perhaps one of the best examples of such a causal link comes from Igor Sikorsky’s work in aviation – in particular, on helicopters. As described by his son, Sikorsky was deeply inspired by the helicopter described in Jules Verne’s The Clipper of the Clouds:

My father referred to it often. He said it was “imprinted in my memory.” And he often quoted something else from Jules Verne. “Anything that one man can imagine, another man can make real.”

This line of thought is part and parcel of what I think of as an optimism about imagination. There are many dimensions to optimism about imagination, but for my purposes here, what’s important is the optimist’s view that imagination can play a key role in bringing about social change. So far I’ve been focused on imagination in the context of science fiction, but that’s not the only context in which such imagining occurs. We see this kind of imagining in political contexts, as when US Representative Alexandria Ocasio-Cortez invokes imagination in discussing the Green New Deal. The first big step in bringing it about, she says, is “just closing our eyes and imagining.” Such imagining is also a key tool for organizers and activists more generally – and also for just about anyone who is aiming to make our world a better and more just place.

In making a case for optimism, one might point to various examples of positive change that have occurred throughout our history, and one might point to how much of this change has been brought about by the prodigious powers of imagination manifested by various key figures who have driven such change. But the case for optimism is met with persistent criticism. Those who are more pessimistic question whether imagination can really have the power that the optimists attribute to it. As noted in an essay by Claudia Rankine and Beth Loffreda, “our imaginations are creatures as limited as we ourselves are. They are not some special, uninfiltrated realm that transcends the messy realities of our lives and minds.” Our imaginations are limited by our experiences and our embodiment – by our race, by our sex and gender, and by our ability status, to name just a few of the relevant sources of limitation.

Confronted with this push-pull between optimism and pessimism, what’s the solution for someone looking to harness the power of imagination to bring about social change? Recently, Shen-yi Liao has argued we would do best not to rely on agent-guided imaginings (or not solely so) but rather on prop-guided imaginings. Drawing an analogy to children’s games of pretense, he notes that the relationship between children’s imagining and props is a two-way street. When children are outside pretending to be Jedi Knights, they will likely look around for some tree branches to serve as light sabers and ignore other objects in their vicinity like rocks and leaves. On the flip side, when children are trying to decide what game of pretend to play, the fact that there are tree branches around might influence them to pretend to be Jedi Knights rather than astronauts. Though our imaginings influence how we use props, our props also influence how we use imaginings.

This leads Liao to an important moral: If we want to bring about social change, we might look to props to “guide and constrain our socially situated and ecologically embedded imagination.” This means that one effective way to bring about social change would be to think about what kinds of props are available to us in the world (e.g., monuments, memorials, and all sorts of other artifacts) and to work to make different props available. So, concludes Liao, “we do have to imagine differently to change the world. But to imagine differently, we might also have to change the world.”

Though I don’t think Liao himself is best described as a pessimist, the pessimist might nonetheless take these reflections as grist for their mill.[2] In particular, Liao’s conclusion might seem to suggest that we face an impossible task, a loop into which there is no entry point. We saw above the suggestion by Imarisha that we can’t build what we can’t imagine, but now it seems that we can’t imagine what we haven’t already built. Perhaps imagination can’t really play an important role in social change after all.

[1] Since people sometimes get picky about this sort of thing, I’ll clarify that “Where No Man…” is the first episode of season 1, 1x01. The original pilot, “The Cage,” did not air until 1988 and is treated as 0x01, that is, the first episode in season 0.

[2] Liao thinks that this difficult dialectic means that any progress we make is likely to be incremental. But, of course, incremental progress is still progress, and it’s certainly better than no progress at all! [image source]